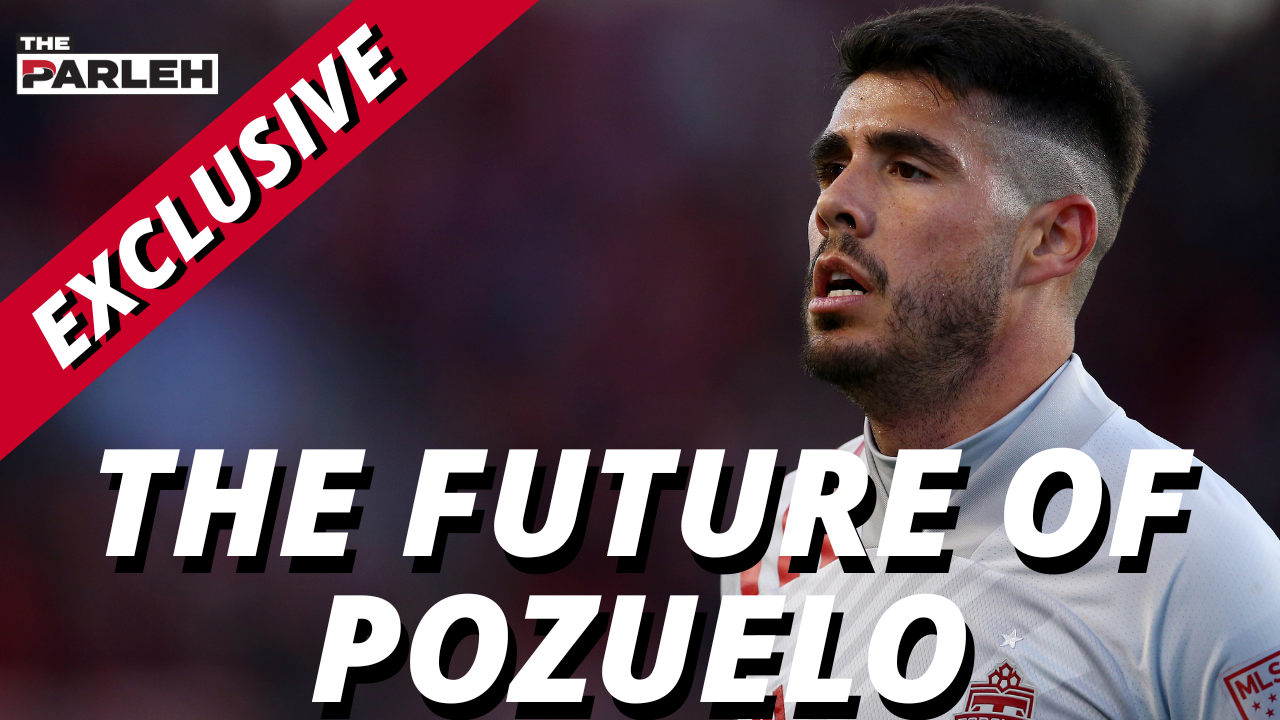 When he is on his game, Alejandro Pozuelo is Toronto FC’s best player. It’s been that way since he joined the club in 2019, when he arrived in style. That’s not up for discussion. But what is up for debate is what team management should do with the 2020 MLS Most Valuable Player moving forward.

Pozuelo will be out of contract in six-and-a-half months, at the end of this season, and his future is still up in the air. Toronto FC have been rebuilding and what exactly the Spaniard’s role in that moving forward remains to be seen – a storyline that’ll linger over the team like a dark cloud until it’s resolved.

The Parleh was able to ask Toronto FC President Bill Manning about Pozuelo’s contract status earlier this week, and based on his response, it doesn’t seem like it’s a situation that’ll be resolved any time soon.

“Right now, we’re going to let things play out. It’s not something that’s unusual if you look over in Europe right now with all of the players coming out of contract,” said Manning, in a one-on-one interview. “We didn’t have the greatest start for lack of better words and we’ve seen some special moments recently, and we’re just going to see how things evolve and how things play out throughout this season. It allows Bob [Bradley] and his staff to still get a better feel for the team and where we’re going. I just think it’ll play itself out.”

When asked about Pozuelo’s contract a few weeks back, head coach and sporting director Bob Bradley’s response was even more telling, refusing to answer the question.

Pozuelo scored twice in the second half to propel the Reds to victory; it was one of a few games this season that the Sevilla native had leverage.

Bradley couldn’t sit there, after Pozuelo’s two-goal masterclass, and tell media that he’s still mulling over the future of Toronto’s No. 10. He couldn’t explain that he envisions Pozuelo leaving at the end of the year, nor could he endorse the idea of bringing Pozuelo back if he doesn’t believe that’s the best option. So, perhaps caught a little bit off guard, he refused to answer the question.

Pozuelo, on the other hand, has publicly voiced his desire to remain in Toronto, hoping to strengthen his hand if the time comes to once again head to the bargaining table. When asked whether contract discussions between his agent and the club had begun, the Spaniard was an open book – and why wouldn’t he be. Why not make the team look like the ‘bad guys?’ Sebastian Giovinco was a professional at it.

“No, I always say I'm happy here, so this is a good question for the president, for the coaches,” he answered.

When asked to say if he’d like to stay in Toronto, Pozuelo doubled down.

Pozuelo went on to say that he doesn’t need more, referring to the pressure of playing in his final year of his contract. He said he has his money and is playing for his family and friends. He’s playing to enjoy the game and is happy in Toronto – and he wants fans to know it. When asked if he would consider a contract that wasn’t a designated player deal, however, Pozuelo refused to answer.

“We can speak a lot about this, but this is not the moment,” he said.

The Spaniard is a difference maker. We saw that Saturday. But are flashes of brilliance enough to warrant a contract extension? Does it warrant another DP contract?

After a disastrous year a season ago, Pozuelo set out this season to prove he was worthy of a new deal, and so far, he has been miles better than in 2021, when he openly admitted to dealing with personal struggles on-and-off the field. He has four goals and four assists in 12 MLS matches, and stats would tell you that he’s producing at the level of – or close to – a designated player in Major League Soccer.

But there’s a bigger piece to the puzzle that needs to be resolved. Does he fit within Bradley’s system? The answer to that question, so far at least, has been no.

Pozuelo has let it be known since he arrived that he prefers to play as a No. 10. He’s never been shy about that. In Toronto’s 2-1 win over the Philadelphia Union on April 16, it was one of the rare instances that Bradley opted to play in a 4-2-3-1 formation, allowing Pozuelo to play as a No. 10. He went on to score the game-winning goal, and afterwards, he told media that he hopes the team can continue playing like this.

“We played with a No. 10, so I could move everywhere,” said Pozuelo. “This is one of the best games I played; I played with more freedom … I feel better like this, and I hope we can continue to play like this.”

This isn’t the first instance where questions have been asked about Pozuelo’s fit within a team. Former head coach Greg Vanney would struggle with the same dilemma. In 2019, Vanney used him as a winger, and it wasn’t until the MLS Cup Playoffs when Jozy Altidore went down injured that Pozuelo played as a False 9 out of necessity. The following year, Vanney changed his system to accommodate Toronto’s designated player, and Pozuelo would go on to have his best season in a Toronto FC shirt, winning the league’s MVP award, but that year, the team didn’t make it out of the first round of the MLS Cup Playoffs, losing to expansion side Nashville SC.

Looking at other teams around the world, playing with an attacking midfielder is a dying breed, and in Bradley’s ideal system, it’s clear that utilizing a No. 10 is not the way that he wants to go. Bradley prefers to play in a 4-3-3, with his players moving the ball quicker through the midfield. He found great success doing so with LAFC during his tenure, leading the expansion side to a record-breaking season in 2019.

And that’s where the former Swansea City midfielder appears to be fighting a losing battle. If he can’t operate as a No. 10, what does he offer when Toronto FC aren’t in possession? Can he operate and still be effective on the wing while not being a liability to the team?

Bradley has tried to get more out of Pozuelo off the ball this season, and to Pozuelo’s credit, there are times he’s making a conscious effort to help defensively, but it’s abundantly clear that he’s not quite at the level that the TFC manager was hoping for.

“[Saturday night], he scored a great goal,” said Bradley on Pozuelo after the team’s win against Chicago. “But when you ask me all these questions about our football and everything else, for the football to get to a higher level, Alejandro – and he and I talk about it all the time – it's not only the special plays but it's [being] more involved all the time.”

Perhaps the biggest thing holding back TFC management from committing more years to Pozuelo is the impending arrival of Lorenzo Insigne. Realistically, the Italian national team star wasn’t signed to defend. He’s not going to be expected to track back in the same way other wingers are. So, in a system where Toronto’s players are asked to defend in unison, can the team afford two defensive liabilities on the pitch (three if you include Jesús Jiménez up top)?

That being said, what’s being perceived as a bit of a crutch right now may also be the only ace Pozuelo has up his sleeve if he truly wants to stay in Toronto: the arrival of Insigne. If the two go on to form the most lethal partnership in MLS, how hard will it be for the club to then walk away from Pozuelo? Will that be his lifeline? Or has the club made up its mind? The next couple of months will be telling.

“It’s hard to get into more depth than that because you can come up with all kinds of scenarios because you know, we go on a great run, obviously then—but we’d certainly like to see the team jump levels as we get into summer and make a playoff run and Alejandro is going to be a big part of that,” concluded Manning.

Pozuelo is eligible to sign a pre-contract with any club outside of MLS in less than a month, the same way TFC signed Insigne from Napoli, yet discussions about a new contract have yet to begin between his agent and the club. There’s no urgency from Toronto’s end to get a deal done before now and then; if they lose him, they lose him.

With Carlos Salcedo signed through 2024 and unlikely to be bought down from his designated player contract – The Parleh is told it’ll be tricky and challenging for the club to do so – and Insigne’s arrival imminent, there’s a sense that the team needs to knock it out of the park with their upcoming open DP slot.

By walking away from Pozuelo, the bar would be set high. 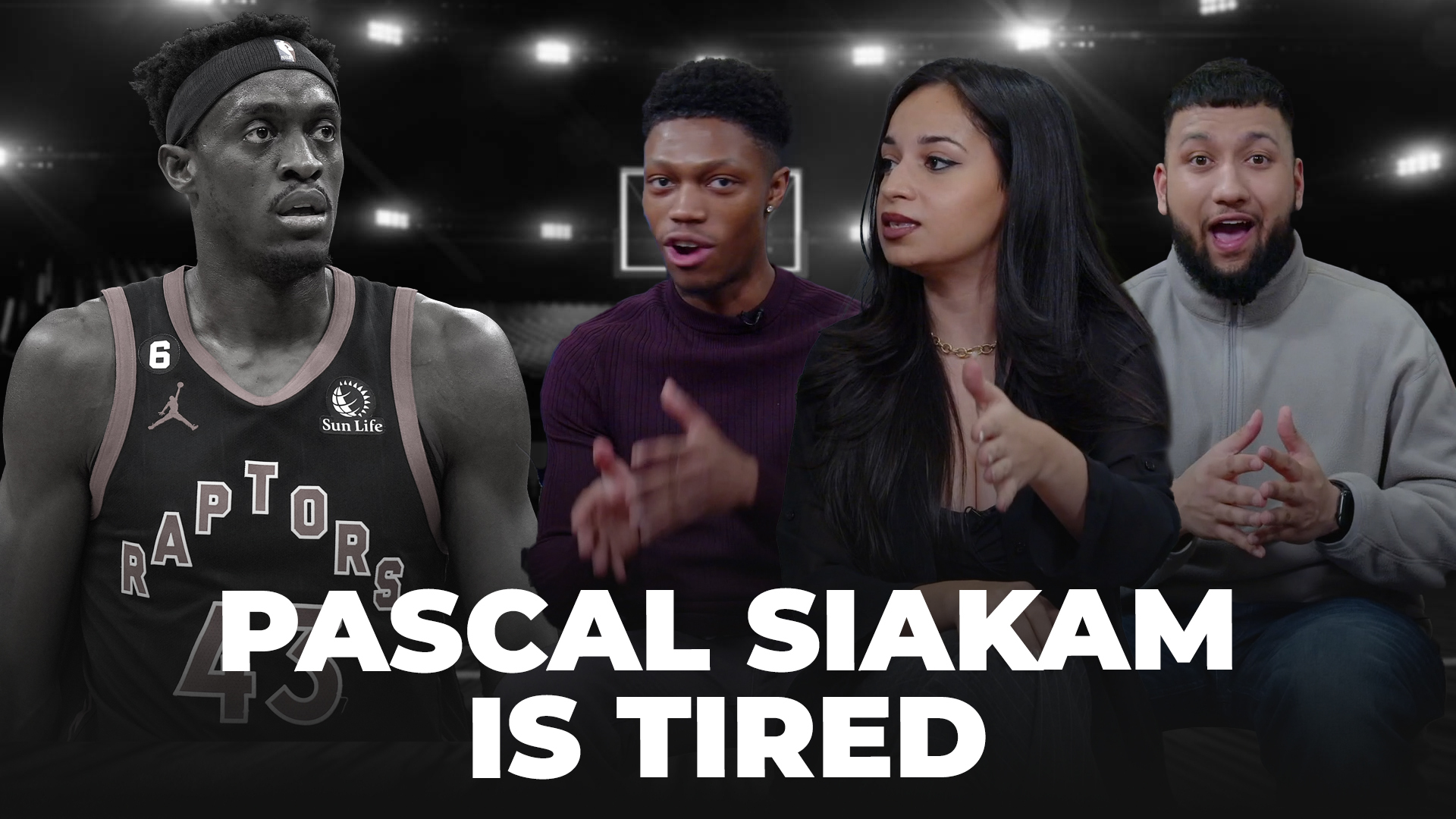